Attrition is one of the biggest challenges that researchers face when implementing longitudinal studies. EDI Global has extensive experience in dealing with issues of respondent attrition having implemented several rounds of the Kagera Health Development Survey (KHDS), one of the longest panel data sets from sub-Saharan Africa.

The KHDS study focused on the long-run wealth dynamics of households and individuals within the Kagera region, in north-west Tanzania. Four rounds of data collection took place from 1991 to 2010 and EDI Global were able to track 88% of the original respondents from baseline (1991) to endline (2010). To achieve this impressive response rate for the KHDS study, EDI Global combined different approaches which relied on the extensive knowledge of the local context and on the flexibility of field teams, allowing an effective strategy to track respondents all over Tanzania as well as across the border in other countries.

This blog post will identify some of the most effective strategies we found for tackling the issue of attrition in longitudinal studies based on our experiences with this expansive study.

One of the key determinants of successful tracking rates in longitudinal surveys relies on the knowledge of the local context. Knowing societal and cultural norms of the target populations, as well as their customs and language, is a key element for tailoring a tracking strategy that fits the local context, allowing a closer collaboration with respondents and the wider community. A successful tracking strategy should start from the design of appropriate field protocols, which must be informed by a solid understanding of the local social customs, beliefs and traditions.

A key element that made KHDS a success was building trust with local communities, in a range of ways:

• Field teams always sought close collaboration with the local community and its leaders. Relying on individuals with close ties with tracked respondents was the key to quickly locating them – getting reliable contact details and any other information allowing the target respondent to be reached.

• Interviewers tried to reach respondents whilst still in the field, with the direct presence of the trusted individual who provided the contact. Following this protocol, the trusted individual who provided the contact was able to act as facilitator, introducing them to the survey team and the study, in the same phone call. In this way, the tracked respondent was more likely to trust the Interviewer and collaborate for the purposes of the study.

• Informing of the nature, purposes and objectives of the study was another crucial element to gain the trust of community leaders. Building trust with other key stakeholders – such as neighbours, fellow villagers, schools and other local institutions helped to gather crucial information about the target respondents.

• The role of local dissemination of results between waves is a key element in longitudinal surveys – helping to maintain interest in the study across the sampled communities.

Another significant challenge of tracking surveys is identifying and reaching the geographical locations where respondents are located – planning a field schedule promoting successful tracking rates but also looking at budgetary efficiency. For KHDS, field teams addressed two main challenges which had a substantial impact when planning resources:

• Independent fieldwork – The different locations visited for every tracking attempt can be scattered, making it difficult to plan efficiently for resources. Hence, it was preferable to have a team set-up allowing individual interviewers to move through independent travel and carry out interviews on their own. With respect to having interviewers organised in teams, independent interviewers were able to quickly move from one location to another without being bound to other fieldworkers, thus allowing for a more efficient allocation of work and resources for travel.

• Multiple visits – Planning multiple field visits to different locations was required for those respondents who could not be reached at the first tracking attempt. In this case, a key role was played by informants, identified as anyone in the community (or in any other location) knowledgeable of the respondent to be tracked. This individual could direct the field team to where the respondent was located or can indicate another informant able to provide some more useful information to reach the respondents.

• Longer Fieldwork – Flexibility is key when thinking about the timeframe for the survey activities, to boost re-interview rates. It is recommended to have a longer period of fieldwork with sweeping teams revisiting clusters. This strategy allows for another attempt in carrying out the survey with those respondents who could not be reached or were not available during the first visit. 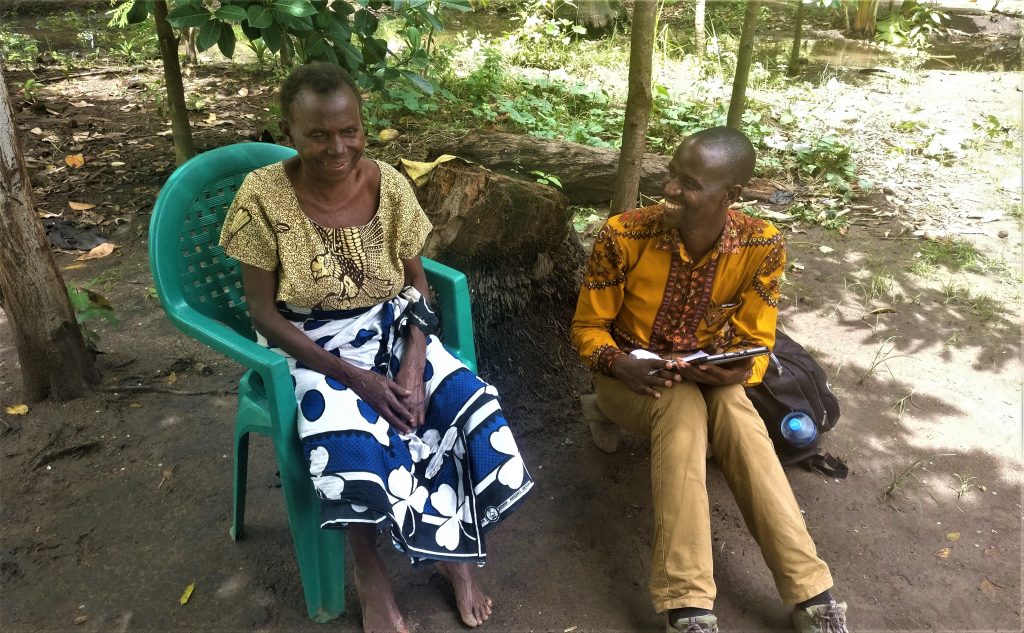 Implementing a strategy which mixes remote and physical fieldwork may help to reach all the respondents in the panel and ensure the success of the tracking strategy. Collecting a wide variety of tracking data is also crucial to build a rich and accurate set of information – a key aspect to consider when designing a baseline or any other round which will involve a follow-up survey with respondents from the same panel.

Useful tracking data can be of various types and captured using CAPI software for data collection:

• Contact details of informants, other household members and even neighbours
• Multiple choices on the possible position where the respondent may be located
• Photographs of the village and of the location where the respondent resides, so to have clear directions to use in follow-up rounds. Pictures of sketch maps drawn by Interviewers may provide a useful tool in outlining the landmarks nearby the tracking location
• Descriptive notes about the locations where the respondent resides, captured through interviewers’ comments on audio clips.
• Recording and analysis of tracking attempts through paradata (timestamps)

In conclusion, the combination of extensive knowledge of the local context and the flexibility of fieldwork implementation were the key determinants to ensure outstanding tracking rates across years for the KHDS study. Although each programme and country have nuances that need to be accounted for when seeking to reduce attrition, the strategies presented in this blog are transferable and will work in a variety of different development contexts.