In relatively low-income countries, ordinary citizens often lack self-efficacy, i.e. the perception that they can be influential agents of change. However, such perceptions may be important prerequisites for active participation in critical areas, such as public education. Prior research has demonstrated that merely informing parents about the quality of their children’s education and their rights to take action has, at best, only mixed effects on parental efforts.
The One Shot study proposed to explore the effect of “validated participation” – positive feedback provided in the context of offering citizens opportunities to talk, debate, and make decisions – on feelings of self-efficacy and active participation in a school setting.

EDI Global conducted, on behalf of Massachusetts Institute of Technology (MIT) and Twaweza East Africa, a pilot survey (baseline and endline) of the Parental Engagement in Children’s Education in Tanzania (PECHET) study in 2016 across 24 schools in Bukoba Rural Districts. The goal of this pilot intervention is, through a series of meetings between parents and teachers, to boost parents’ efficacy in encouraging their children’s learning at home and at school. Ultimately, it may help to flatten the hierarchical power structure in the school community (Lieberman & Zhou, 2015).

For this pilot, a total of 600 parents were interviewed in each of the rounds of the survey. The sample was structured as follows; 25 parents of students in Standard III were selected in 24 schools and allocated to three different groups having different interventions. At baseline and endline the 25 selected Standard III students from each school were given a 15 minute assessment on Kiswahili, English and Mathematics to see if increased parental engagement leads to better education outcomes. EDI Global were also involved in four intervention workshops for 16 schools. This included an introductory Intervention Discussion Session which was conducted alongside the baseline visit, two subsequent (weekly) visits to the school to undertake additional sessions and a final visit to coincide with the endline survey.

In 2018, EDI Global conducted a follow-up survey on PECHET study, that consisted of visiting 16 schools in the Kilosa district of Tanzania in which 90 to 120 parents whom have children in Standard 2, 3, and 4 were invited to be interviewed and to participate in different activities depending on the group allocation during the randomization process on the interview day.

During the One-Shot survey, conducted during the school break in June 2018, EDI Global completed the One Shot Survey with 1,633 parents and collected data from 96 meetings with the Classroom Teacher and 31 meetings with the Head Teacher.

Lieberman, Evan and Zhou, Yang-Yang (2015) Can Validated Participation Boost Efficacy and Active Citizenship to Improve Education Outcomes? Research Design for a Pilot Experiment in Tanzania with Twaweza, Available at:
http://cega.berkeley.edu/assets/miscellaneous_files/Zhou_Can_Validated_Participation_Boost_Efficacy_WGAPE.pdf 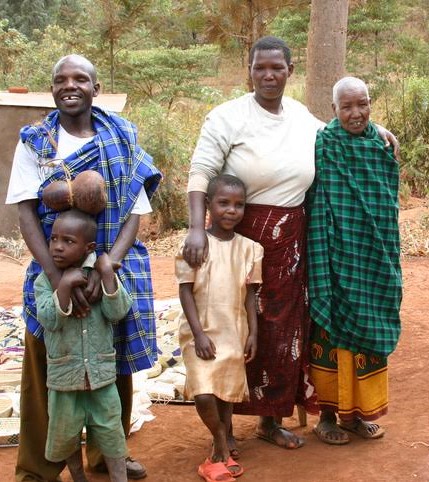