In 2013, the Norwegian School of Economics (NHH) began implementing the Girls’ Economic Empowerment project, a Randomised Control Trial in Tanzania.  The programme selected 3,500 girls from 80 secondary schools across Tanzania (see map right).  The sampled girls were split into 4 study groups who received training either in heath, or in business skills or in both health and business skills or no training at all. Besides depending on the group, they received a different combination of additional training in their final months of Secondary School.

The Girls’ Economic Empowerment survey includes a phone interview for the 3,500 initial respondents, followed a few weeks later by a face-to-face interviews and medical testing. Respondents were tested for pregnancy, syphilis and malaria. The two questionnaires include modules on:

A new round of data collection took place in November – December 2017 which aimed to interview the girls who didn’t participate in 2016. In total, 83% of the full sample of 3,483 girls was reached.  We received the following positive feedback from the client:

“You really did an amazing job in finding so many respondents in this last round.” 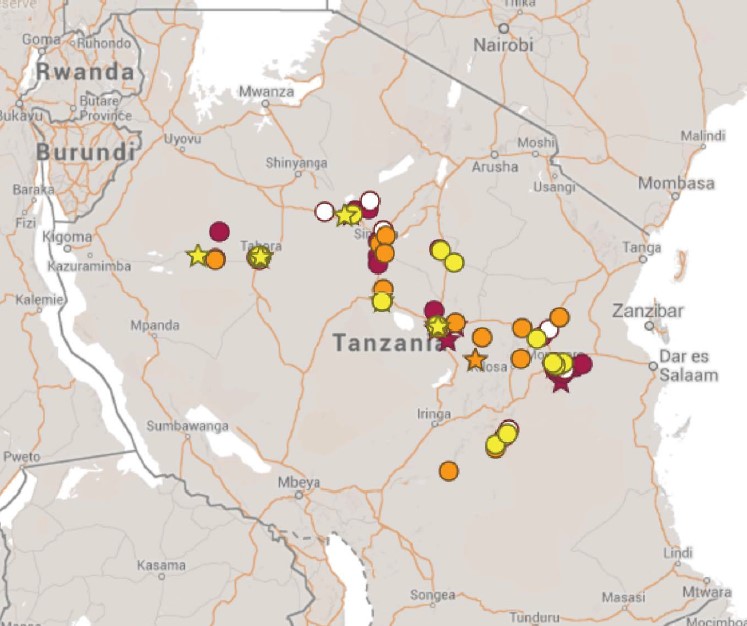