The Government of Tanzania is building a bus rapid transport system to improve public transportation in Dar es Salaam. Currently, public transport is provided by 5,200 privately-owned so-called daladala buses. Traffic congestion is severe. The Dar Rapid Transit (DART) system has been introduced with the aim and ambition to provide a better, more modern and more efficient public transport service to the residents of Dar es Salaam. The project is subdivided into 6 phases each including the construction of a strategic ‘corridor’ on which contracted firms exclusively run rapid transit buses, making up the Bus Rapid Transit (BRT) system. Phase 1 has already been constructed from Kimara to Kivukoni along Morogoro Road, and bus service will be rolled out in early 2016. Construction for phases 2-6 has not started yet.

EDI has undertaken baseline transport and traffic surveys and commuter survey data collection in Dar es Salaam to measure the impact of improved public transportation on labor market mobility the DART BRT system. Follow up data collection will be undertaken once the system is operational.

EDI conducts transport and traffic surveys and data collection projects  in Dar es Salaam; for this project in particular the Baseline Data collection involved i) a travel time survey to measure commuting times from 6 points on the periphery of Dar and the CBD via bus, taxi and bajaj and ii) a survey of 1800 households sampled from 141 locations across Dar es Salaam.

Baseline data was collected in early 2016. 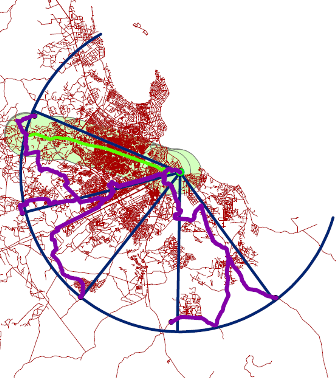