I am sad to announce that EDI Global has taken the decision to cease the development and sales of our Surveybe software suite, effective immediately.  We will continue to support our current users for the remainder of their current licences and will, of course, do as much as we practically can to support our users in their transition to other products.

This decision to discontinue Surveybe was made with a heavy heart and after a long internal product review process.  We are all immensely proud of the product we created in Surveybe, which we believe remains an equal to the other leading products in the CAPI software sector.  However, we recognize that we have not been able to establish a large enough user community that is needed to support the sustainable growth of a software business and committing the substantial investment needed to maintain a complex software package is no longer part of EDI Global’s long term strategy.  For these reasons, we have now decided to withdraw completely from the market and focus on growing our core Research and Data Collection operations.

When the idea for Surveybe was born, the CAPI market was in its infancy since there were no suitable products that could handle the complexity of surveys that our clients required.  Now as we take a step back, that market has changed immensely and there many excellent products available, most notably Dobility’s SurveyCTO and the World Bank’s SurveySolutions packages.  It has been an honour that Surveybe has often been compared to these great products and a pleasure to compete against organisations that we respect so much.  At EDI Global, we already have a track record of implementing surveys with SurveyCTO and SurveySolutions and we look forward to becoming a more regular part of their user communities.

It has been my great pleasure to watch and participate in the story of Surveybe from its beginning.  In the first five years of our business, EDI Global had conducted over 20 large scale surveys in Tanzania, each conducted using paper questionnaires with double blind data entry systems.  In 2007, our co-founder and Research Director, Dr Joachim De Weerdt, 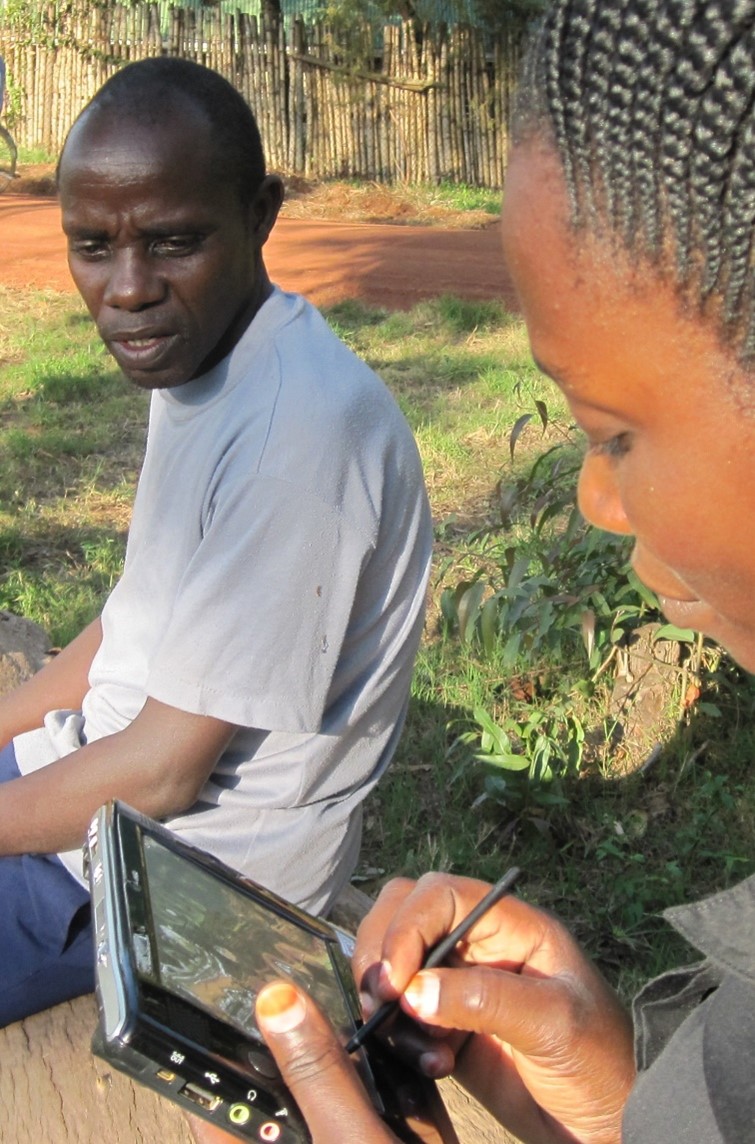 decided we should explore the option of CAPI data collection.  He soon found that whilst hardware, like the Samsung Q1 tablet, had the battery life, durability and computing power to handle a field survey, there was no easy to use CAPI software capable of handling highly complex household questionnaires.

Joachim, together with our co-founder Louise Broadbent, agreed that if the product wasn’t there we would create our own.  The uniqueness of Surveybe was that it not only came from a pure research house, but it began its’ life in a small rural town in North West Tanzania.

From its inception, Surveybe’s development was a continual collaboration between our Technical Team, our Researchers, Data Managers and the field staff in Bukoba, each group bringing unique insights to the development process.

In 2007, we introduced, CWEST, our Microsoft Access based system, for the  Conditional Cash Transfer Impact evaluation on behalf of the Tanzanian Social Action Fund (TASAF) and the World Bank.

CWEST was followed in 2009, by the stand alone java based  Surveybe® software suite.  Surveybe was developed as a comprehensive survey design and implementation toolkit that was able to handle the most intricate of survey designs and questionnaire structures, whilst being easy for survey managers to programme themselves without the need for a expensive specialist programmer.

Surveybe has been mobilised in over 60 countries and 5 continents and has been used by top research organisations around the world including IFRPI, IITA, IRRI, ILRI, JICA, IHME, IAPRI, CIMMYT, UCLA, University of Passau, Purdue University and many others.  Surveybe has been used on important development programmes such as Oxford University’s Young Lives programme and the UK aid funded Gender and Adolescence: Global Evidence programme.  Surveybe trainers have travelled to Guatemala, Georgia, India, Bangladesh, South Africa and Ethiopia to support our partners in their transition from paper to electronic data collection.

The board and management of EDI Global are immensely proud of how much a small company like ours has achieved, against all odds, in the CAPI software space.

As anyone who has developed a software product will tell you, it is huge commitment of time, effort and financial resources.  More than that it requires a great deal of hard work and talent.  The story of Surveybe has many players, all deeply committed team members – none more so than our Ian Priest, Mark Jordan and Artee Gungah who have each worked on this product for the past ten years.  Ian Priest, Senior Technical Architect (below left) is truly the father of Surveybe – every screen, every feature and every line of code has benefited from Ian’s programming expertise and relentless attention to detail.  He has been ably supported by Mark Jordan, Testing and Support Manager (below right) who has been the first line of contact for all users. Ensuring user queries are responded to promptly and clearly and that user experience and feedback is incorporated into future software releases.  The Surveybe Team is completed by Artee Gungah, Survey Analyst (centre), who has led the commercial aspects of Surveybe including the product website, social media accounts, licensing, sales, documentation and client support. We must not forget the past members of the team who have also played critical roles in the development of software – James Mitchener, Chandramohan Ventaka Dhulipala, Neil Chalmers, Mike Brown and Sandhya Pandit.

The Surveybe team had constant access to our own researchers working in the office next door, who were able to provide continual feedback on field experience and give guidance on what functionalities were needed.  Those Research personnel not only played an integral role in the design of product, but also led field tests and at times bore the weight of software development when an unexpected bug appeared.  To Amy, Abebual, Jenny, Lindsey, Mujobu, Kalle, Andreas, Bet, Sonya, Cait, Caitlin, Celine, Nate, Callum, Henry, Koen and many more, thank you for joining us on this journey.

Surveybe has been developed with the end-user in mind which includes not just researchers, but the field workers who are charged with collecting the highest quality data possible.  The EDI Global data management, field coordination and IT teams in Bukoba have played a critical roles in the Surveybe story.  From testing new pre-launch functionalities, continual feedback on live survey experience, to taking Ian into the field to see Surveybe in action – their input has been invaluable.  Hundreds of our Interviewers and Supervisors have also provided user feedback on how the software works and how the end-user experience could be improved.

Our current management team including Mike Woolford, Respichius Mitti, Johanna Choumert Nkolo, Mark Johnston and myself, as well as, our former colleagues Louise Broadbent, Joachim De Weerdt and Steven Broadbent, have also played a critical role in this story providing the strategic direction and management support.

Surveybe has gained a small but loyal international group of users and it has been our pleasure to partner with each and every one of you, ensuring that your studies without exception deliver the highest quality data.  As we now wind-down our Surveybe operations over the coming months, we commit to continue to actively support all users until your current licences expire.

The story of Surveybe has been an exciting, fascinating and rewarding journey.  It has not been without challenges and at times it has been incredibly stressful.  But as a team we created a completely new product and helped accelerate the shift from paper to electronic data collection in our sector.  Today, it is so sad to say goodbye to Surveybe, but we do so with pride in what we achieved.  We honour all the incredible team work, dedication and the occasional sleepless nights put in by our team over the past decade.

On behalf of EDI Global, to everyone who has joined us on this journey – from the current and former EDI Global team, our partners and above all our user community.

Thanks to each and every one of you.